Improve your typing speed with TypeRacer

If you are at all like me, you tap a lot of keys throughout your day. So, let us explore the joys of typing, seriously. Discover how you may improve speed, be more productive and relish in the many rewarding benefits of typing efficiency.

I estimate that I type for 2,000 hours and make 20,653,395 keystrokes per year — yup. So, this got me thinking that if I can improve my typing speed by just five per cent, I will generate something like two extra weeks of work each year. Math. Or, take two extra weeks off per year. My choice, I am the boss.

Typing is no longer an optional skill for most professional jobs. Many employers require computer skills and certain typing speeds to even be considered for some positions.

But have you ever tried some of those typing tutoring things? Totally boring, am I right? 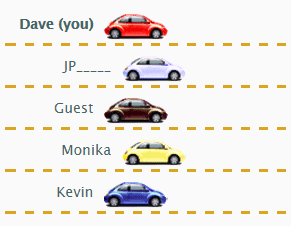 Benefits of typing faster and accurately

It is time to race!

Once again, if you are at all like me, competition brings the best (or perhaps worst) out of you. I suggest that you hop onto: https://play.typeracer.com/ and discover a fun way to improve your typing skill and speed.

TypeRacer is a wonderful, yet simple website where you can race other users at typing a short snippet of text. I also recommend this game for children who are learning how to type. We have added it to the end of some of our company meetings. We do this to close on a fun note while spending a few minutes improving our typing.

Warning: Please be aware that TypeRacer can be highly addictive. Side effects may include mild euphoria, cognitive development, and neuromuscular stimulus.

Researchers at Alto University in the city of Espoo, Finland as well as the University of Cambridge in London, UK published a study in 2018 that they conducted, where they observed the typing behaviors of 168,000 volunteers.

They found that although practicing keystrokes deliberately and using certain skill drills was good, at the end of the day, time on the keyboard is vital to improvement. Practice, practice, and practice.

At work, making repetitive mistakes can be costly in terms of productivity. So, when you type, you should spend some of the time typing without looking down at the keyboard. If you decide you want to compete well at TypeRacer (you saw that I typed, “can be highly addictive,” right?) be okay with finishing last against your competitors, at least at first, for some of you.

The authors of the study also recommend learning “roll over” technique.

This is where you learn to begin to depress the next character, before letting go of the previous character. Additionally, practice words that are used most often. For example: “the.”

Until 2018, most scientific typing studies were done on typewriter usage. There are some nuances to the differences between typing on a computer keyboard and a typewriter.

For example, roll over technique would cause errors and sometimes repeat letters on a typewriter. Keys can get stuck together. A computer keyboard requires less power per keystroke, therefore, the time and effort spent per character allows for quicker movement to the next key.

TypeRacer was launched in 2008 as the first multiplayer typing game available on the internet. They claim that they have helped millions of people improve their typing speed by as much as 50 words per minute (wpm) — ah, a masterstroke, if I do say so myself.

It turns out that the *average person can type 10,000 keystrokes per hour. So, if we multiply that by a workday, say eight hours, breaks, and lunch, one could type 70-to-80,000 keystrokes before they punch out (people still punch out, yes?).

That could mean a weekly total of 350,000 – 400,000 keystrokes per week, multiply that by weeks worked per year. Let us be conservative and suggest 30 days (about 4 and a half weeks) off including holidays, plus sick time, which could total 46 or 47 work weeks per year. The total keystrokes per year may be as much as 18,400,000 upwards to 18,800,000 for most office workers. This does not account for typing outside of work, at home or at your favourite coffee shop.

*Some skilled typists like paralegals, writers, and coders may make many more keystrokes happen per year. Construction workers, for example, would not be factored into the average. But you and I have a slower drywall-hanging or framing speed than these vital and handy workers — practice makes better.

Becoming a good typist offers a broad range of job opportunities for people with fast and accurate skills. Typically, anywhere from 55 to 90 wpm is considered efficient.

The advent of the computer has completely re-shaped many industries and the skills of the workforce in place.

According to Ratatype — an expert tutor and typing website service — the fastest typist of all-time, Stella Pajunas, worked on an electric IBM typewriter back in 1946. She could go 216 wpm. The average, however, is 44 wpm for men and 37 wpm for women (perhaps women are more careful).

I think we can take Pajunas’ record because the scientists are telling us that the average adult reader can read 270 wpm. My hypothesis is that we may be able to type as fast as we can read soon.

The world’s fastest speaker could go 637 wpm. I wonder what he was selling. Or was he negotiating to be released from a scary situation? Might have been nervous. Sorry, I digress, I am typing too much.

“Practice is the key factor in becoming a professional typist, or a typist of any appreciable skill. Let us repeat that, just to make sure it sinks in. Practice, practice, practice.”

As mentioned above, I estimate that with a modest five per cent improvement, I will save or generate — depends on how you want to look at it — approximately two weeks per year.

Dare we visit what greater efficiency amounts to over a career? Being a fast typist will result in greater productivity, promotions, raises and then you may practice in the art of delegation. In other words, get someone else to type.

But until then, get up to speed. One of the best ways to do that is to have competitive fun practicing with determination.

Good luck and see you over at TypeRacer.